On Sunday, 26th May, our Dragon Boat Team participated in the JPC Gold Cup Dragon Boat Competition which took place at Tsuen Wan Seaside. The weather was severe but it did not affect our team which faced the tough challenge of the 350m course. We were not doing so well with an imperfect start and were almost half a boat length behind after the first 50m.

With good team spirit, we tried hard to catch up with every single stroke during the race. In the last 50m we were leading and were the first dragon boat to cross the finishing line. Everyone of our team raised their paddles in the air and celebrated the glorious moment.

We are proud that the team produced an excellent performance considering that there was only one and a half months from the start of training until the race. The great achievement recognized all the sweat, effort and perseverance of the team.  The trophy was also a great driving force to re-organise the dragon boat team 8 years since its establishment and  develop a stronger team to  continue the legend.

We would like to show sincere gratitude to JPC Lantau to offer such a meaningful opportunity for our students to join the event and appreciation should also be given to all the supporters who came to cheer the team on. 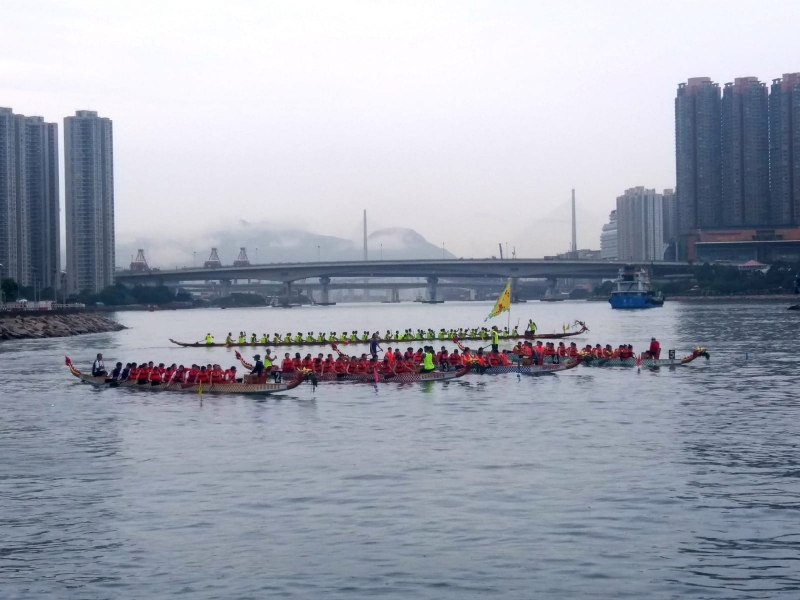